The purpose of the organization shall be to study, teach, and promote theatre in all phases, to provide a practical yet experimental environment for the creative artist and technician, to create and present productions of quality in a professional manner which will offer a challenge to the talents and skills available, and to entertain and enlighten the viewer through the use of the dramatic arts.

The enthusiasm and resourcefulness of a small group of friends with one strong common interest in quality theatre was responsible for the birth of Corn Stock Theatre, the first outdoor theatre-in-the-round in Central Illinois. Led by the charismatic Richard Chandler and the revered instructor/director Gretchen Iben, who later served as the first president of the Board of Directors, 70 charter members joined together almost a half century ago to produce the first of many successful theatrical seasons.

On July 27th, 1954, Corn Stock Theatre staged its premiere performance of “Gigi” directed by Gretchen Iben. The theatre site was a grassy area in Detweiller Park. The “set” was canvas walls flooded by amber lights that were controlled by an improvised light board. The company presented five performances and attracted over 200 people each night.

In August, 1954, the fledgling organization presented “The Silver Cord” again in Detweiller Park, and again was received warmly by receptive audiences. Thus encouraged, the company decided to seek a permanent “home.” During the winter of 1954-55, Corn Stock Theatre’s Board of Directors worked to make that happen. The Theatre also offered classes and lectures at Irving School in all aspects of theatre arts. In addition, members formed a Readers Theatre with a diverse repertoire of five offerings. The group toured as far as Chicago.

Forming a partnership with the Peoria Park District, the second summer found the company in an area off Park Road in upper Bradley Park. The new acting arena was actually a large pit which had a concrete base for the twenty-eight foot stage. Railroad ties were fashioned into tiers for elevated seating. Covering the entire area was a 60 x 90 foot canvas tent which became the symbol for excellent summertime theatre in Central Illinois. Tents were also used for dressing rooms, make-up, costume construction and concessions. Through the years all, except the main tent, were replaced with permanent structures.

Although the physical facilities have become more refined, comfortable and efficient since the 1954 premiere season, one thing has remained constant: the purpose of Corn Stock Theatre:

To study, teach and perform theatre in all its phases. To provide a practical and experimental environment for the creative artist. To mount productions of quality in a professional manner which will offer challenges to the talents and skills of our company. To entertain and enlighten our theatre-goers through the effective use of the dramatic arts. 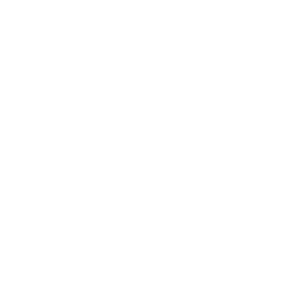