Before I begin, you need to know that this is not a synopsis of this play. I recommend that you read the play to learn about the play.
I am truly honored to direct “Death of a Salesman.” Thank you, Corn Stock. It has been over 20 years since I have acted, directed, built, painted etc. for plays, and worked as night security here at Corn Stock! I left Illinois to be closer to my children and to teach in Wisconsin. While I was gone, I kept in contact with my many theatre friends. Also, my dearest friends passed away – Jeff Sloter and Dan Allar. It is in their honor that I do this show.
Many times, the three of us talked about shows we should do together, especially “Death of a Salesman.” We just could not figure out who would direct, who would play Willy and who would be the stage manager. The banter amongst us was playful, and at the same time meaningful. Now we turn to this time period. Throughout the rehearsals, and the performances their words will be said and hopefully become a permanent part of our lives. Jeff had many theatre phrases that he used when directing, and one that I remember is “a play needs to have strong production values.” I interpreted the phrase to mean that a production must have high, solid, great production aspects, acting, set, costumes, lights, props etc. for it to marvel and move an audience. He was right then, and I will ensure that this play succeeds in those aspects. In addition, Dan always said that the “play is the thing.” Thank you, Shakespeare. Thank you, Dan., The cast, crew, and staff of this play will focus on the play. Meaning – we will discuss and share the family drama that moves the narrative. Arthur Miller wanted his plays to have a universal meaning, not a political statement. When “Death of Salesman” was first performed in 1949 debates arose “in which attempts were made to justify or dismiss the play as a Left-Wing piece, or as a Right-Wing manifestation of decadence. The presumption underlying both views is that a work of art is the sum of its author’s political outlook. I do not believe this, either for my own or other writer’s work…therefore, a play as though it were the objective work of a propagandist is nonsense. (A. Miller). Miller was right then and even now. Today politics divides people and for this show I want to bring people together in honor of Jeff and Dan. We can do this if we leave our politics at the door and connect with each other as actors, techies, and friends. If we can do this Dan Allar’s words can ring throughout our lives and our play – “It’s all good.”

Ages of characters depend on actors that audition and are cast. Please remain flexible in age ranges.

DATES & TIMES:
Friday, August 12th from 6pm to 9pm
Saturday, August 13th from 1pm to 5pm
Sunday, August 14th from 1pm to 5pm
Please sign up for an audition time here: https://www.signupgenius.com/go/9040449a9ad2fa5f58-auditions
It is highly recommended that those interested in audition read the script beforehand. If you need a copy, you may request a digital or physical copy by emailing the Box Office at tickets@cornstocktheatre.com.
LOCATION:
Corn Stock Theatre Center
1606 N Park Road
Peoria, IL 61604
Located just down the road from the Tent!
———————————————–
WHAT TO PREPARE:

Please review the available slots below and click on the button to sign up. Arrive 15 minutes prior to your start time. If you are interested in auditioning for more than one role, you may sign up for a maximum of 2 10-minute time slots. You may sign up at https://www.signupgenius.com/go/9040449a9ad2fa5f58-auditions

This play is a period piece – 1947 & 1930. Hair length and design are important. If you are unwilling to change your hair, please do not audition.

Time slots are only 10 minutes in length. Tom will greet you and audition you quickly. Also, be prepared to take a picture or bring a picture with your theatrical resume attached.

Finally, there will be NO callbacks. Tom will call each actor/actress Sunday evening to announce the cast. All actors/actresses who make the show must be at the first rehearsal on Monday, August 15th at 6:30pm.

Rehearsals will be Mondays – Thursdays from 6:30pm to 9:00pm beginning August 15th. When a couple receives a Christmas gift they cannot identify they decide to “regift” it to their friends.  But when they discover the gift is priceless, they have to figure out a way to get it back!

Unfortunately, they are not the only ones who “regifted” the present and soon the race is on, deals are struck, and friendships challenged!  In the end, this hilarious comedy teaches everyone a valuable lesson about a gift given, the true meaning of Christmas and friendship, and what is truly of worth in a relationship!

Please bring a list of evening conflicts during the month of October and early November. Auditions will be cold readings from the script, which will be provided.

Rehearsals will begin on Monday, October 10th and will be Mondays-Thursdays from 7pm to 9:30pm. Auditioners should know of any rehearsal conflicts with those dates/times. 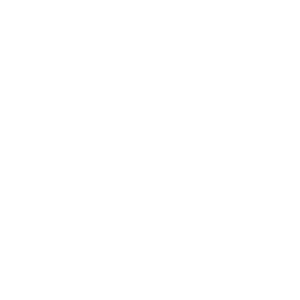